“We don’t know which way to go..” Who doesn’t love a little John Legend to start off a love story. There is so much truth in his words, and if you don’t know Ordinary People by John Legend please stop reading this and go listen to it now! It has always been a favorite of mine because who writes a love song that is so real?! A lot of relationships are tough because you are two ordinary people coming from different worlds, trying to create compromise, romance, covering new ground all while hoping for the best possible outcome! There are many, many ups and downs but that’s just the journey. Sometimes life takes you to places you didn’t expect and you have to keeping rolling with the punches.

As many of you know, if you have been following me for awhile Gabriel and I were together for about 6 years. Funny story we actually met on Instagram. He slid in my Twitter DMs and we instantly became friends. He lived in LA (he was born and raised in Inglewood), and I live in Sacramento. Being about 6 hours apart made communication a huge part of everything because that’s all we had. So how we first met… lol it was a spur of the moment decision. I had a friend at the time who wanted to go visit his brother in college down there and I was like well why don’t we go. I called into work and we woke up early got to LA before 12! I dropped him off and headed to meet Gabriel for the first time. I didn’t tell my mom, and the only person who knew was my best friend/ roommate Makaela (@maka_monroe). I don’t recommend doing this so please If y’all are meeting up with someone be safe about it!! Gabriel and I had FaceTimed before this many times so I knew he wasn’t a cat-fish. But I had only been talking to him for like a month so I should have been more careful! Lol Anyways we met and had an AMAZING first date in Santa Monica. Then turned around and drove home that same night! Which was torture by the way never drive to LA and back in one day! After a few months of talking we made it official. Long distance sucked but we traveled every few months or less to see each other. We made it work! I can really only say good things about our relationship, there were SO many signs in so many different ways that I knew we were meant to be in each other’s lives. We were long distance for about 2 years. And then Gabriel made the decision after me begging for months for him to move up with me to Sac! He sacrificed his whole life to start building a future with me. And we have been in sac ever since!

So moving to present day… yes maybe everything looked perfect on IG but we weren’t. Just like everyone else we had our ups and downs that caused us to have stress on our relationship. Oddly enough it was communication. It was like after all this time we still didn’t speak the same language. Amongst a few other personal issues we each have, that is what ultimately broke us. Right before we found out we were having a baby we were in a really rocky place. So the stress of an unplanned pregnancy really effected us. We stuck it out to take on this new adventure together, and ultimately decided that we had to get our shit together to be parents. Our worlds changed so much once our baby girl arrived that after about 6 months we decided the best thing for both of us was to separate.

You really learn a lot by becoming a parent. You’re still selfish and still have the same old issues you did before. But now this little person is way more important than anything else, and even though you don’t know which way to go or what to do all the time all you can do is try. So for us to be the best parents we could be we had to step apart in hopes to individually grow and be what we need to be for Sarai.

So on to co-parenting. Y’all it sucks, especially while going through a break up at the same time lol well it’s not fun especially in the beginning. You have to learn a whole new routine and go from constantly having the other parent there and working as a team to now functioning like a single parent majority of the time. We are still trying to figure out all this stuff but we are managing. Gabriel still sees her everyday, the most important thing to both of us was that Sarai still see us both present as much as possible. Gabriel is welcome to my house 24/7 , Sarai is his daughter just as much as she is mine and we never want to keep her from one another. We still plan family activities and keep each other in the loop as much as possible. There are at least a few days a week that she spends with him at his house as well. (He lives in our old condo so it’s very comfortable place for Sarai). We are still working out everything beyond that but it’s working for us for now! Yeah there are days where Sarai cries so hard for her dad when he leaves and it just about breaks my heart. Thank God she is still young enough to where this will be her normal and she will hopefully ( I pray) won’t remember these moments! But most days I am thankful for the fact that Gabriel and I still care for each other, and respect our relationship now and how much we have been through together. And that combined with the love we have for Sarai is the fuel that keeps our co-parenting going strong.

At the end of the day we need to be the best versions of ourselves to be the best care givers, influencers, and parents to Sarai. Who knows what the future holds but right now this is my real life. Some days are easy, others are tough. Family support (on both sides) has been so helpful in this whole process. Gods timing is everything! I still know there is a plan in full effect for our lives but when you are going through the storm it’s hard to see the light , but trust me there is one. So much good can come out these situations. Just understand that if you are going through rough times, you aren’t alone!! We all struggle but it’s how we turn those situations into lessons that move us forward! Its how you choose to handle things that make us who we are. Yeah I’ve made rash decisions, communicated poorly, acted selfishly but all I can do is grow from here! And I empower you to do the same for whatever challenges you’re facing in life right now. Sit down and figure out how to make the best out of life . If my dramatic self can go through a break up after 6 years, and learn to co-parent you can do anything. Trust me! Lol If anyone has any tips or advice on co-parenting please let me know! And lastly if anyone ever wants to talk about whatever, I’m here for that too!

(Fun fact, we were already broken up for about 6 months when we took Sarai’s 1st Birthday photos you see below! Also just wanted to share a few of these pics because I never got around to posting them!) 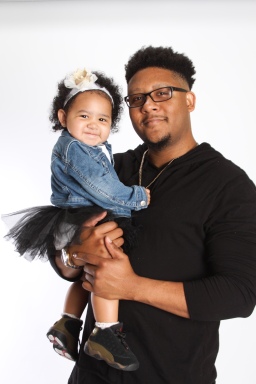 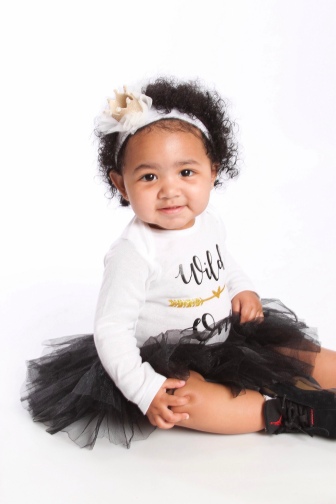 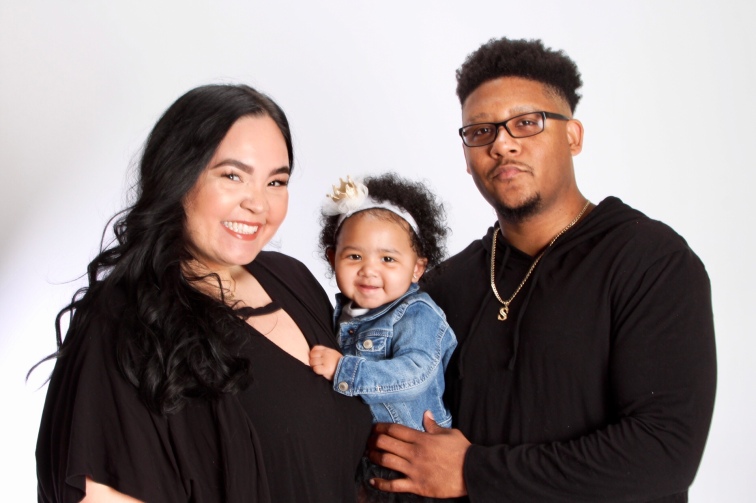 Follow Not So Glamourriss on WordPress.com
Finding an Answer

A music blog for emerging artists and more.

Finding myself, becoming a boss mom, and a living as a force of beauty

The latest news on WordPress.com and the WordPress community.